History of the Cemetery

The Grove Street Cemetery, the first chartered burial ground in the United States, succeeded the previous common burial site, the New Haven Green. After severe yellow fever epidemics in 1794 and 1795, the Green was simply too crowded to continue as the city’s chief burial ground. In 1796 a group of New Haven citizens led by U.S. Senator James Hillhouse planned a new cemetery on a location at the edge of town. Their efforts were officially recognized in October 1797 when the State of Connecticut incorporated the cemetery as The New Burying Ground in New Haven. The first burial took place on November 9, 1797.

The layout of the cemetery appears to have been unique for its time. It was arranged in lots for families; contemporaneous cemeteries were more commonly laid out for random burials. The grounds were also divided to give space to parishioners of the three churches on the Green. strangers who might die in New Haven, the indigent, persons of color, and members of Yale College.

The Green continued to be used interments, but to a lesser extent. The last burial there occurred in 1812. The stone grave markers on the Green were eventually moved to Grove Street. Some were used to mark out the boundaries of burial sites in this cemetery; a great many line the Cemetery’s rear walls in alphabetical order.

The Grove Street Cemetery antedates the expansive and distinguished cemeteries of Pere-Lachaise in Paris and Mt. Auburn in Cambridge, Massachusetts. Not long after its opening it was already shown with pride to foreign visitors. Timothy Dwight, the president of Yale, commented in 1811:

“I have accompanied to it many foreigners and many Americans who have traveled extensively on the Eastern Continent, none of whom had ever seen or heard of anything of a similar nature. An exquisite taste for propriety is discovered in everything belonging to it… No plot of ground within my knowledge is equally solemn and impressive.”

Even this solemn location, though, has had difficult times. By 1830 the wooden fences had failed to prevent the cemetery grounds from becoming a thoroughfare subject to vandalism. Those who valued the cemetery wanted a place for quiet reflection and a dignified environment for the repose of their families. Under the leadership of Professor Denison Olmsted, Yale’s famed astronomer, the city, the public, and the proprietors eventually raised $25,000 to establish the protection the grounds deserved. In 1845 the present wall with its imposing entrance was completed. Architect Henry Austin designed it in the Egyptian style favored at that time.

After organization of Evergreen Cemetery in 1849, the title “New Burying Ground in New Haven” was modified to “New Haven City Burial Ground.” By the 1870s, however, the site was familiarly called “The Grove Street Cemetery,” and that name has since become commonplace.

The building immediately inside the gate was built in 1872 as a chapel so that services could be held in inclement weather. Its only decoration, just under the eave, is a gilded bee symbolic of the soul’s release from the body. This Victorian structure now serves as the office of the cemetery’s superintendent and assistant superintendent.

Foliage in the cemetery has undergone an extensive evolution from the days of James Hillhouse. Hillhouse prized trees; he conceived the extensive plantings that gave New Haven its title, the Elm City. For the cemetery he choose Lombardy poplars along the main streets, but these were dying by the 1830s. Therefore, when the new walls were built, new shrubs and trees, chiefly evergreens, were planted. Photographs from the 1890s show tall evergreens within the walls, but today the trees and shrubs are more varied. Ice, snow, and high winds have damaged and destroyed trees, especially old elms and oaks. Tree replacement is ongoing.

Grove Street is an urban cemetery. Its geometrical pattern echoes the City of New Haven’s nine-square layout. The cemetery’s paths give easy access to horse-drawn vehicles and automobiles. It allows no room for a grove of trees: space for burial sites is maximized. Extraordinarily varied markers from obelisks to sarcophagi to the simplest gravestone decorate the cemetery. The history of New Haven with its many themes, crises, and accomplishments can be traced in Grove Street Cemetery. 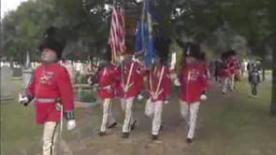 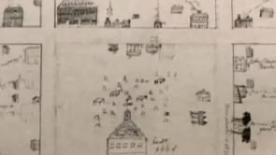